Can you believe November is literally right around the corner? I’m so happy it’s Fall although here in Orlando Fall is 70 degrees in the morning and 70 degrees in the evening and a hot 89 during the day.  Rolling my eyes, whatever I’m just happy (really more like ecstatic) I was able to break out the boots twice this month!  Anywhoo, before the weekend comes and sweeps you all away I thought I’d share what this Twenty Something Girl has been loving this week!

The United Kingdom singer’s self titled album hosts 16 songs.  Many of which I am beyond obsessed with!  From Sauce to Shot Clock and so many in between there’s definitely a song on the albuym for every mood you find yourself in.

Now I discovered this show on Tuesday, It’s now Friday and I’m almost done with season 2! I ‘m beyond obsessed, partly because it’s an amazing show, partly because it tackles real issues and mostly because it’s literally my dream life!  a Group of 3 friends between 25 and 26 working in middle New York at the top Fashion Magazine!  I can’t get enough of this show and I of course love watching the looks put together. 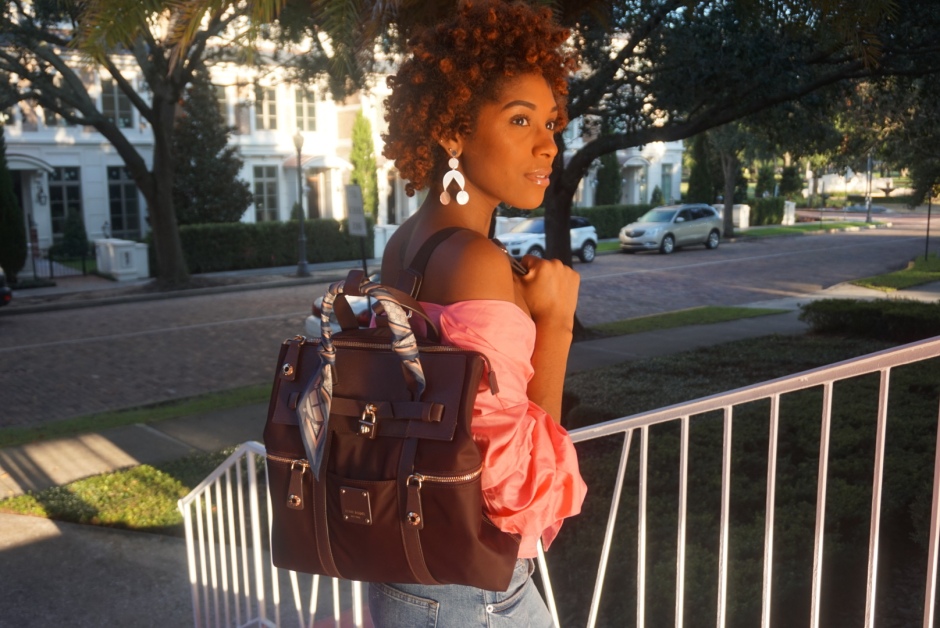 As you all would’ve seen in my last post, I’ve been loving my Henri Bendel Jetsetter Backpack lately.  It’s the perfect bag for the girl on the go!  Who doesn’t love a multifunctional handbag?  Whether you’re on your way to work using it as a satchel, Exploring the Streets of Asheville for the weekend using it as a backpack or heading to the festival downtown using it as a crossbody, the Jetsetter is the bag I’ve been using all week long and you need to get your hands on one before Henri Bendel’s doors close forever later this year.

What are some things you’re loving this week?

iThere are no comments

Begin typing your search above and press return to search. Press Esc to cancel.